In 1991, Harry Gant made headlines in NASCAR
winning 4 Races in a row and 2 Busch races in the month of September.
​He drove the same race car throughout the 4 win Winston Cup streak. 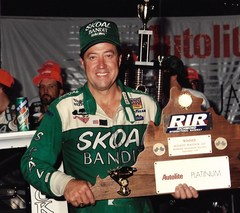 ​The next race was the Miller Genuine Draft 400 at Richmond, Va.  Harry started in 13th place and took the lead on lap 219.  With 88 laps to go there was a big wreck in which Harry was hit by Morgan Shepherd and spun around while avoiding the accident.  With 18 laps to go Harry passed Davey Allison for the lead beating him by 4 car lengths.  Harry also won the Busch race the night before. 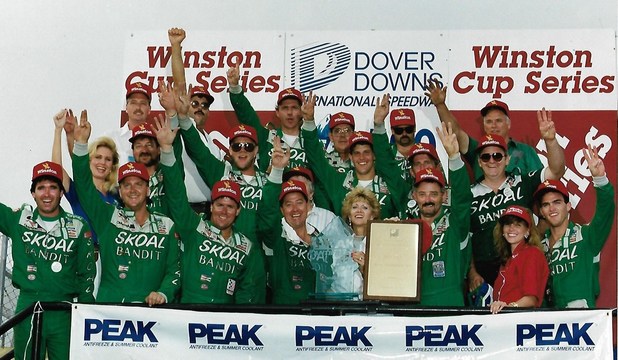 On September 14 and 15, racing was happening at Dover, DE.  Harry won the Busch race on Saturday (his second straight) going on to win Sunday's race as well.  Harry started 10th in the Peak AntiFreeze 500.  On lap 69 there was a 15 car wreck that took out many competitive cars.  Harry led 326 laps that day.  The margin of victory was over 1 lap. 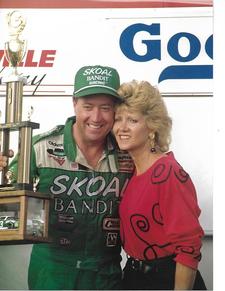 ​Martinsville was the fourth straight race that Harry put under his belt.  He started 12th and took the lead on lap 196,  On lap 376 Harry was hit and his front sheet metal was ripped off.  Despite the heavy damage he stayed on the lead lap and quickly returned to the top 5 winning the Goodys 500
The Holly Farms 400 at North Wilkesboro was the next event.  Harry won his first pole of the year which made him
eligible for the Unocal bonus money if he won from the pole position.  Harry dominated.  He led the first 252 laps and with less than 50 laps to go, his fortune ran out with a ten cent o-ring seal.